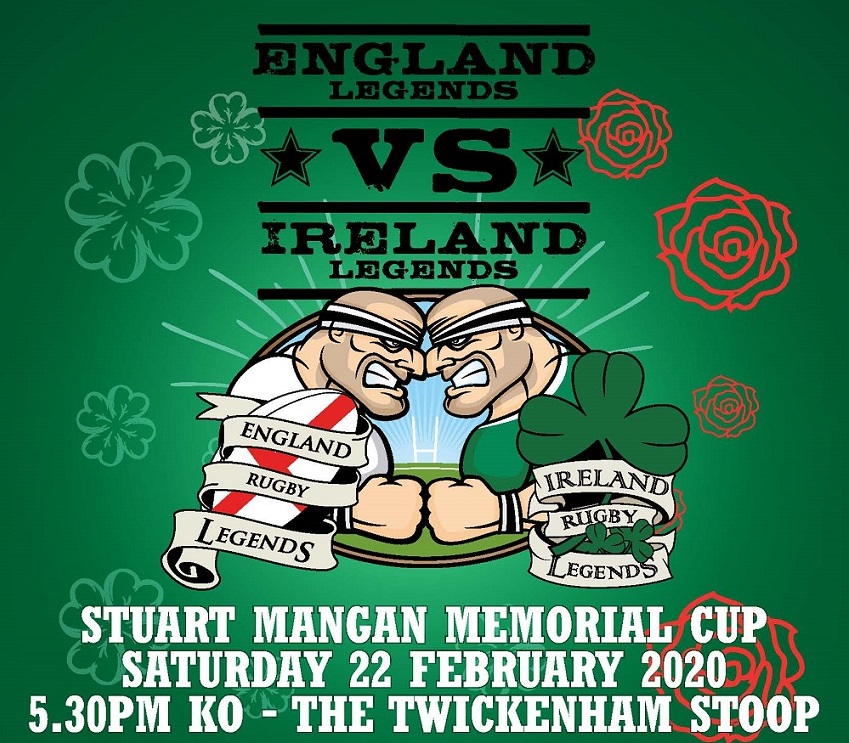 Sportingclass, in partnership with Harvey Thorneycroft Ltd, will for the eleventh year manage the charity match between the England and Ireland Legends. The venue alternates annually between Twickenham and Dublin – this year the game will be played at the Twickenham Stoop.

Every year legends of the game volunteer to play free of charge to raise hugely valuable funds for charities. To date, the England Legends have raised in excess of £1 million– an astonishing achievement and a major benefit to the receiving charities.

Proceeds from this 2020 Legends Match will go primarily to the Tom Smith Testimonial committee as well as to the RFU IPF & RPA’s Restart;  The English and Irish Legends are hoping to raise funds this year for one of their fellow rugby players and his family via the Tom Smith Testimonial committee. Tom Smith, who won 61 caps for Scotland, was a major influence on the The British and Irish Lions team that beat South Africa in 1997, is fighting stage 4 cancer and undergoing chemotherapy. A completely humble and unsung hero, Tom Smith played in the 2019 Legends match in Dublin to support Doddie Weir.

The Legends event is planned to be a fun, family entertainment and with our timings of a 5.30KO on a Saturday we are hoping to see even more young aspiring rugby players come along and enjoy the match.

“The emphasis has always been to raise as much funds for the charities as possible whilst ensuring we put on a really fantastic event which is entertaining for all of those that come. The event would not take place without Validus RE, our loyal sponsors and partners and of course not without the amazing willingness of the players who travel from far afield to play” said Andy Lee MD of Sportingclass and ex Saracens player.

The England Legends will be led by Jason Leonard and a star-packed legends team including Mike Tindall, Lewis Moody, Nick Easter, Lee Dickson, Tom May & Delon Armitage will be officially announced shortly.

All stories by: Polly Wiseman
We use cookies to ensure that we give you the best experience on our website. If you continue to use this site we will assume that you are happy with it.Ok